I just woke up from a little cat nap, that actually involved a cat as Cooper and I curled up on the couch, breathing deeply, eyes closed, and unaware of anything around us, including the movie on the TV.  Snowy Sundays were made for naps!

The BOY ordered the largest Oreo milk shake and the biggest burger EVER! 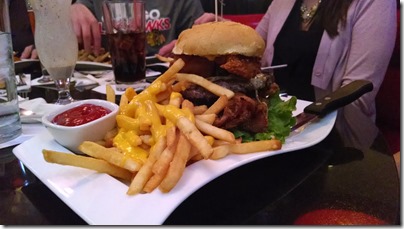 Then we came back to our house for desert and presents.

Due to the snow storm, my parents didn’t stay too late, but my brother and his fiancé spent the night.  We were all finally recovered from the last time they spent the night.  Shortly after the Blackhawk’s game, a rematch Wii tournament began.  We were back to our favorite games of bowling and tennis and Cooper tried to keep up with all of the action.

We all complained about sore arms this morning and some mild headaches from the bubbley : )  Despite, we were able to do a grocery store run this morning around noon to get started on meals for the week ahead.  Which is why, I really need to share last week’s recipes with you guys.  So cat nap over and blogging begins… 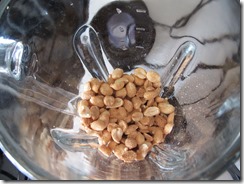 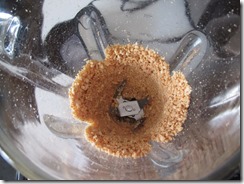 Early in the week, I made Thai Peanut Chicken.  I like to use homemade peanut butter in recipes like this  I tried to be lazy and use my blender to make the peanut butter, which was a major fail.  I ended up having to pull out my mini food processer which worked fabulously.

This recipe is similar to my other favorite crockpot Thai recipe.

The flavors are wonderful and I’m a sucker for shredded chicken. 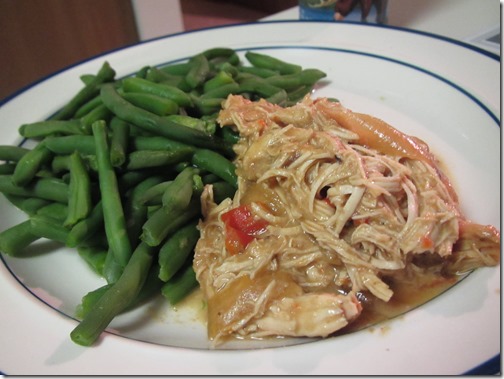 And the leftovers were even better!

Kind of a random post to round out the weekend, but I have a few more were that came from…

After my next cat nap!

Place chicken in the base of crock pot. Top with red pepper and onion.

Cook on low for 3-4 hours. Do not overcook.  Shred with two forks and let sit in sauce for another 30 minutes or so.  Remove from slow cooker and serve over brown rice.  Top with scallions.