Sadly, it took me this long to have some time to share my Monday Night Football pictures, but I’m happy that ya’ll enjoyed seeing the pictures of the Highwood Pumpkin Fest.

Driving into the city during rush hour, which I swear begins earlier and earlier each year, typically isn’t fun.  But when you are rocking out to the new PINK CD, which BTW is awesome even though I’m not a huge PINK fan…check out her folky duet (number 4) and surrounded BEARS fans (yes this was a bus of them although you can’t see their jerseys in the picture) it is much more tolerable.  I made it to my brother’s house where we had a fantastic homemade dinner before hopping on the red line.  We walked about a mile to the stadium surrounded by fellow fans cloaked in blue and orange, most of which were also admiring this stunning BEARS inspired skyline. 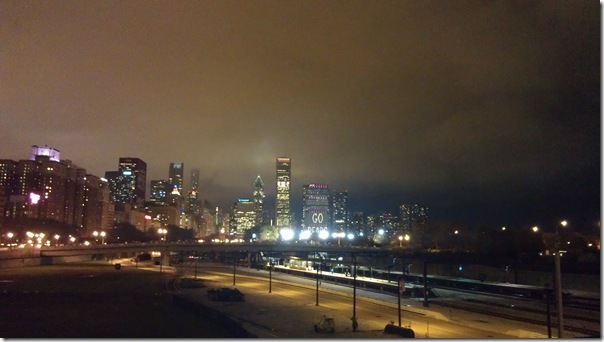 The weather was unseasonably warm (like 70 degrees!) and luckily we missed the majority of the rain.  The stadium’s energy was radiating, and I was SO EXCITED to be there!

We made our way to our seats, which are covered (great for a rainy night) and have an amazing view of the field!

I convinced some Lions fans to snap a photo of my brother and I before the game while they were still friendly : )

The stadium was packed and the crowd was on its feet to cheer the BEARS onto the field! 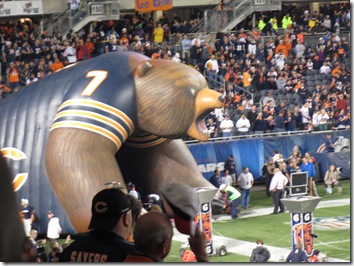 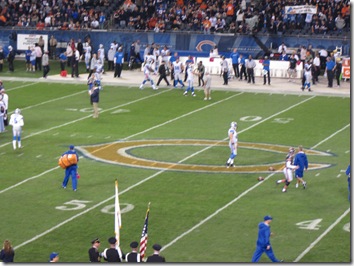 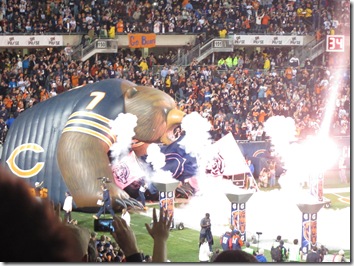 The BEARS put on an impressive showing, which is always exciting for us fans here in Chicago. 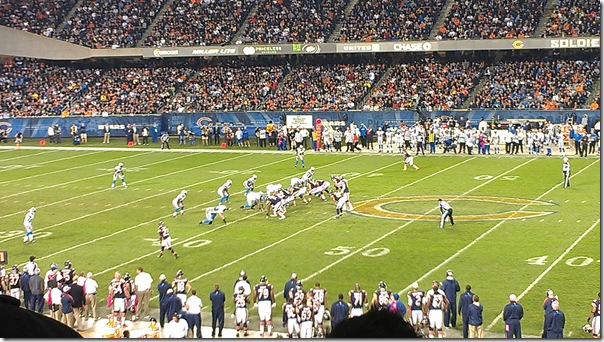 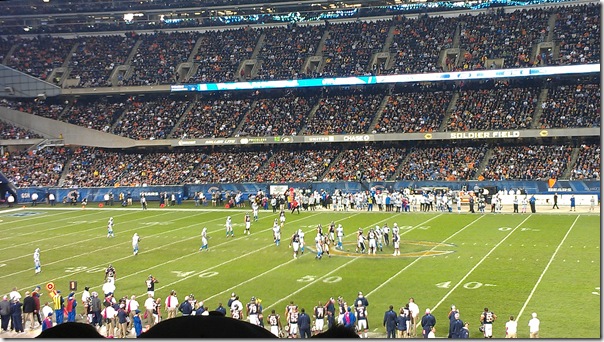 You know I love watching the BEARS game from my house, but it was even better getting to cheer on these guys in person.

It was a late night, but totally worth it.  Especially because I got to wear my new BEARS hat.  So much different than my last experience at Soldier Field…ha ha!

Are you a college or NFL football fan?

I made it to 2 games last year and fingers crossed, I’ll get to go again this season!