I love camping!  It has been years since I have slept under the stars in a tent, which is why I was so excited for our Labor Day backpacking weekend.  I should explain that I spent 8 summers at overnight camp in Wisconsin, and the highlight was always our canoe and camping trips.

Somewhere (most likely in my parents basement), I think that I have these memorable trips documented in non-digital pictures, which would be fun to share.  However, I do have this old picture of my BFF and I at camp, circa 1994-ish.  Man, those were the days!

Back to 2012, I was super excited to hit the trails with my girlfriends.  My brother had some gear for me to borrow.  Although his first question was…how did you convince the BOY to go camping?  Like that would ever happen…the BOY spent the weekend comfortably in his lazy boy while the girls and I roughed it in Michigan. 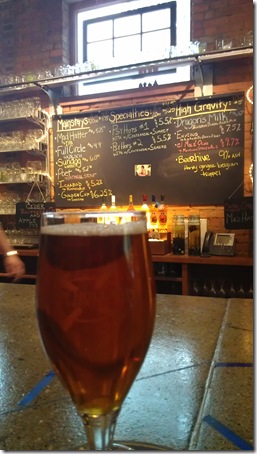 We drove up Friday afternoon, stopping for dinner and beer at the New Holland Brewery.  We arrived at the trailhead late on Friday night and set up our camp site under the blue moon.

Early Saturday morning, we awoke to a crisp morning with steam hovering over the river.

Breakfast was served and water was heated for coffee and tea. 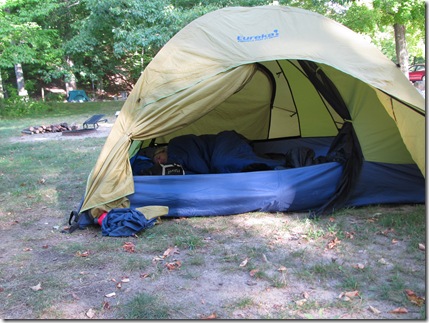 We took down our camp and prepared for our first day of hiking…which meant filling water bottles and applying temporary tattoos. 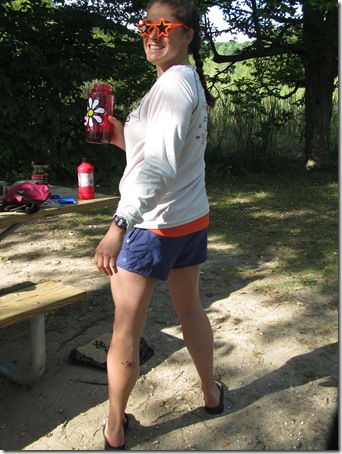 We drove to the trailhead where we parked our car, arranged our bags, and studied the map. 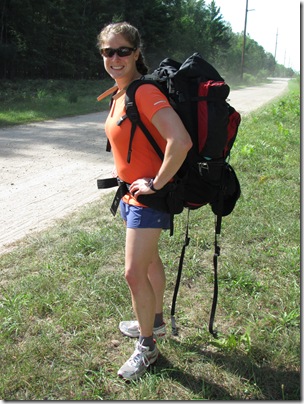 With bags in tow, we began our backpacking adventure…but first, we had to decide which direction to go! 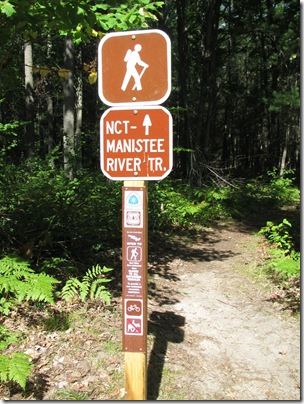 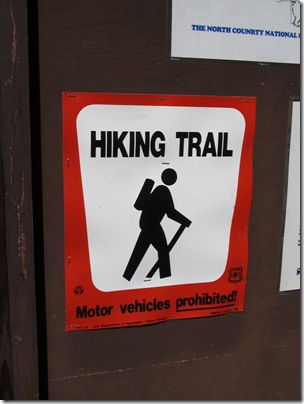 We decided on the NCT trail heading north through the woods along the switchback hills and through the dense green woods.

We stopped for lunch at a scenic part of the trail.  We made PB sandwiches with fig jelly and bananas.  They were super tasty and  satisfying!

And then laid back to relax with a some ‘I Love You, Beth Cooper!’, a hilarious book even if you aren’t from Illinois!

We returned to the trail making our way north in the direction of the suspension bridge.

There were some beautiful views of the forest, creeks, and bridges along the way…and I was happy to have my camera ready! 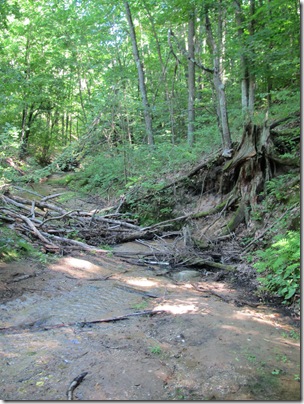 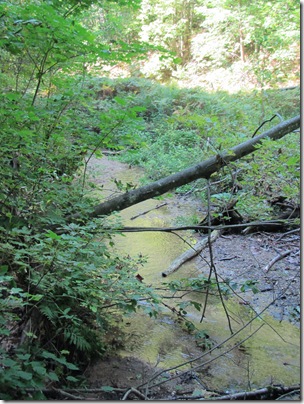 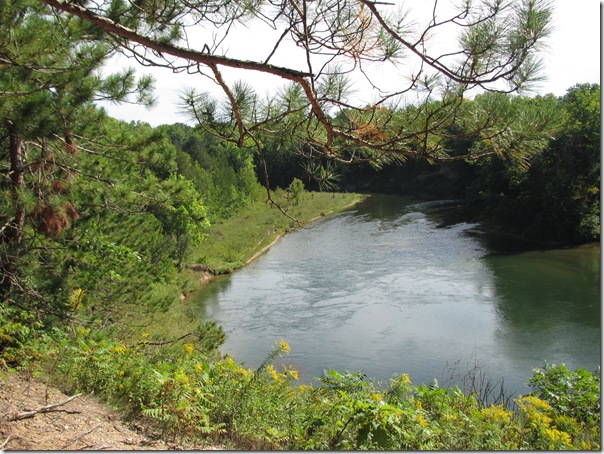 After walking through the forest for ~12 miles, the trail finally made its way to the river bank.  We followed a path down towards the river, which was gorgeous, still heading towards the suspension bridge where we would cross the river. 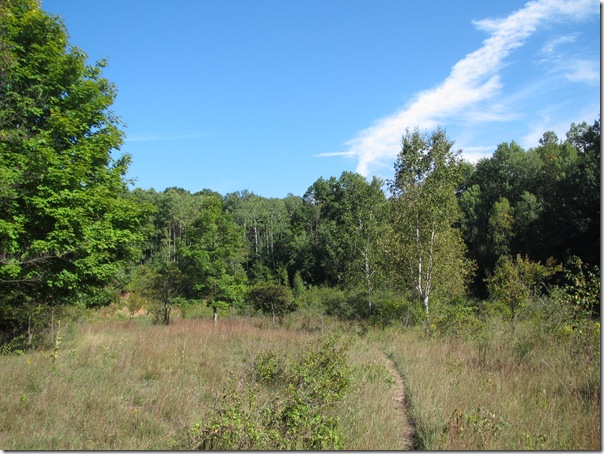 There were people fishing and camping along the other side of the river, but our bank was quiet.

We discovered the perfect camp site at the edge of the river, and decided to stay for the night, especially since the suspension bridge was no where in site. 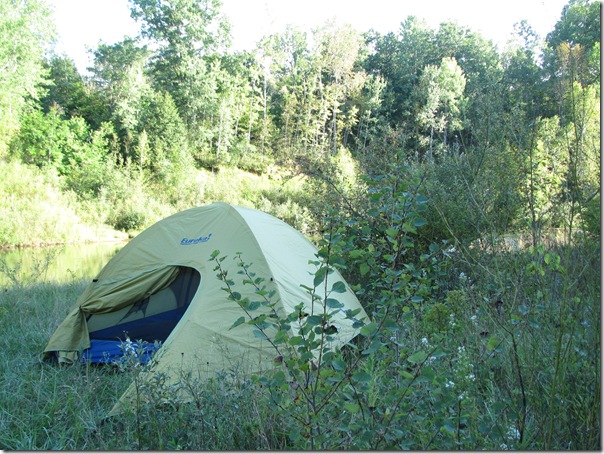 In the next few hours, we set up our tent, went for a swim, took a nap, collected fire wood, made dinner, did some yoga by the river, read more Beth Cooper, made a fire, and then ate one of the best desserts EVER, chocolate peanut butter Jello No-Bake. 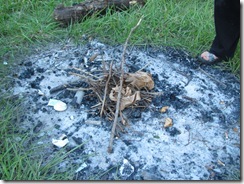 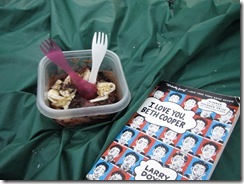 By the end of the day, I collapsed into the tent and slept wonderfully with the sound of the river lulling me to sleep!  Which was good…because we had a whole another day of hiking ahead of us!