I woke up this morning after 10 glorious hours of sleep.  I wish I could say that it was uninterrupted sleep, but our neighbors apparently had an outdoor party at 3am which involved some screaming and singing.  I can’t really blame them for wanting to be outside, and 3am is probably the only time cool enough to enjoy yourself.  However, the thought of blasting some music or slamming some doors early this morning when I got up for my yoga did cross my mind.  Instead, I threw in some ear plugs (which I always have handy because the BOY snores) and fell right back asleep.

When I woke up again, I had a wicked craving for pancakes, but ran into a few speed bumps when I saw that we were out of milk, almost out of baking powder, and had no overripe bananas (for OMG. pancakes!).  My tummy was rumbling, and I just knew that eggs or cereal weren’t going to hit the spot this morning.

I decided to use RECIpage to find some good breakfast options.  If you’ve never used this website, it is a free place where bloggers can compile their recipes for easy searching.  You can get everyone’s recipes all at one site and have tons of options to choose from.  For example, there are over 300 pancakes recipes!!!

All of the pancake pictures were making my mouth water, but I had a few ingredient restrictions and I wanted something on the healthy side.  It occurred to me that vegan pancakes might be a good way to go with the lack of milk in our house and all.  I kept finding attractive recipes that were created at the same blog called Peachy Palate which was new to me.  Before looking any further, I decided on her Vegan Carrot Cake Spelt Pancakes.  Not the most summery of options, but I didn’t care! 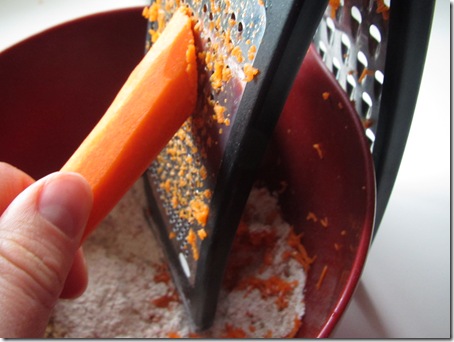 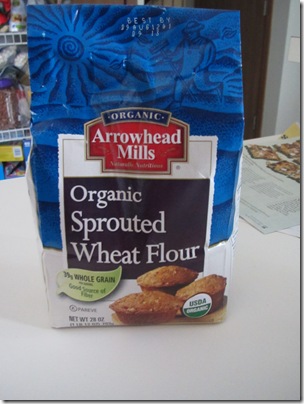 Due to the baking powder situation, I cut the recipe in half and continued along.  Xantham Gum?  I definitely don’t have that in the house…wonder if it is important?!  I can leave it out.  When I was finished and ready to stir in my raisins and walnuts, I didn’t have anything resembling a batter.  It was way too dry!  As I looked back through the recipe, I was trying to figure out what other wet ingredients (besides applesauce) there were.  Is Xantham Gum a liquid?  That would explain a lot! 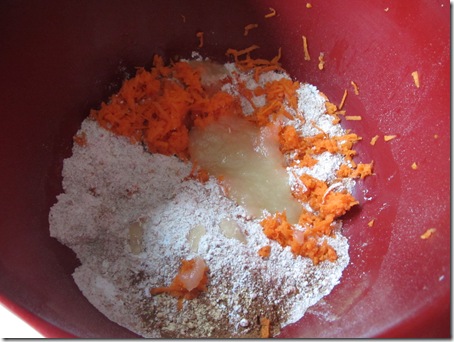 I didn’t have a lot of options, so I added in a bit more applesauce and then added in one egg white, which means that these pancakes were no longer vegan, but it did make them pancake-like enough to go on the stove. 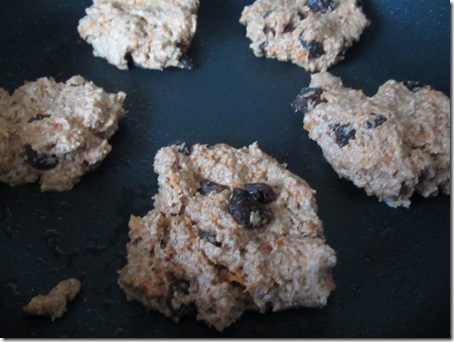 When I pulled them off, it was obvious that they were not the fluffy stack of pancakes pictured on the website, but they definitely looked edible. 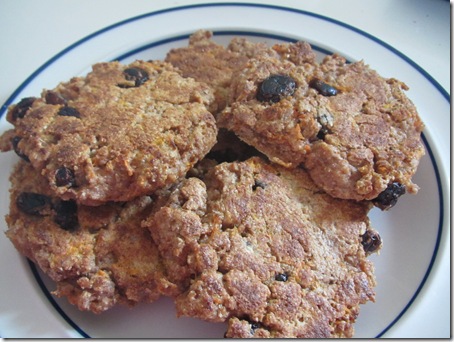 These pancakes don’t look like pancakes, but then again, mine never really do! 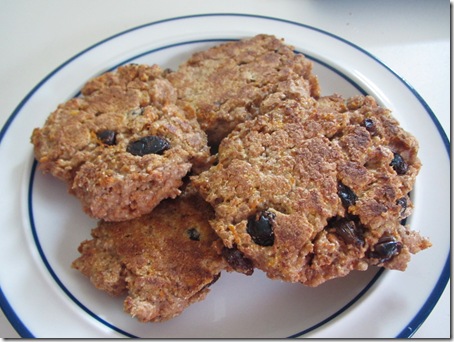 I think they are a mixture between a pancake and a muffin top or maybe a scone. Hmm…there could be a new hearty breakfast in here somewhere.

Because of their dry consistency (from the spouted flour no less), I topped my stack with some agave and applesauce, which were the perfect accompaniments. I could have also added some more shredded carrot, but I ate the rest of my carrot while I was cooking this morning because I was so hungry. 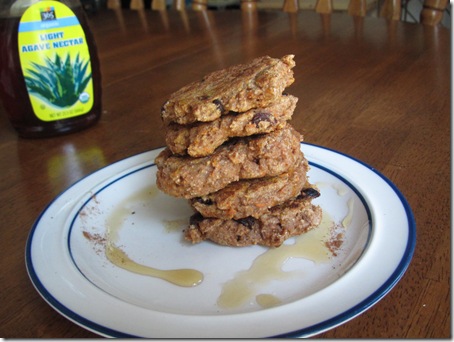 I wouldn’t serve this batch to company and call them pancakes, and they definitely needed some more spice (bring on the ginger!), but I really did like my dense pancake/muffin/scone breakfast.  And it was filling enough to get me through 90 minutes of challenging HOT YOGA! 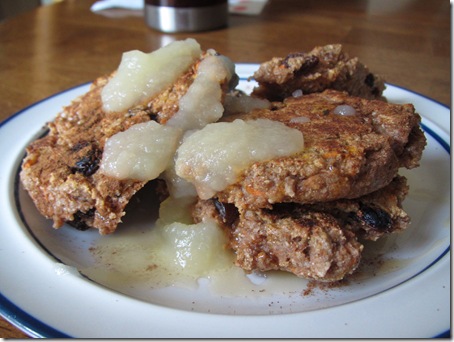 Even though my breakfast did not turn out up to pancake par (this was totally user error on my part), I am sharing with you the original recipe from Peachy Palate because these carrot cake pancakes look amazing.  They took a few attempts for the author to get them right which makes me feel a little better about my edible failure.  I just might make sure you have Xantham Gum in the house before attempting! 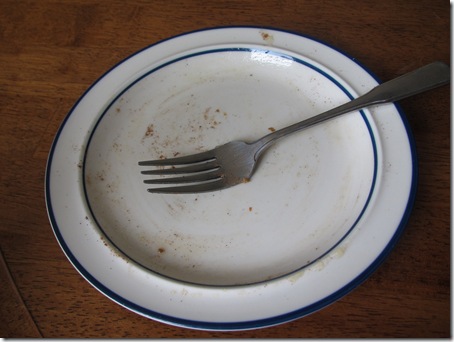 Mix together all pancake batter ingredients with the exception of the walnuts and raisins.

Blend until smooth. Stir in raisins and walnuts and set to one side.

Heat a non stick pan over a medium heat and place 1/4 cup (1/5) measures of the batter in to the pan (I made three in one go, and followed with the remaining two). Cook for 2-3 minutes on either side, flipping when the edge become solid and bubbles form in the soon to be pancake.

Serve stacked one on top of the other, soy yoghurt on top, raisins, walnuts and coconut sprinkled and maple syrup drizzled. The sweet carrot on top or the side is a nice little extra.

What is your favorite pancake recipe?