A day like this is meant to be spent in air conditioning!!!  With a cold drink and a Law&Order marathon : )

Instead, my mom and I signed up for a race!

I debated back and forth whether or not I wanted to get up early on my day off and brave the heat for a run.

But I figured that I would be getting up early to exercise anyways (since the weathermen had predicted a scorcher). 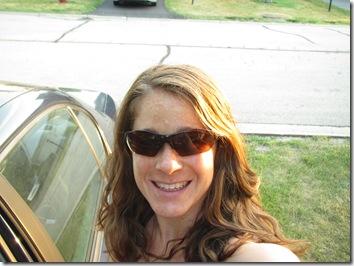 And, I remembered how much I LOVE local community races (and it’s not just because of the free tshirts!) 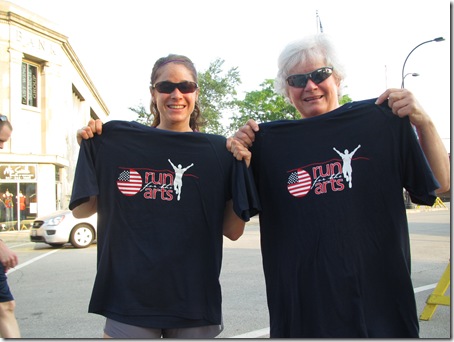 So yesterday, I signed my mom up for the 5k and myself up for the 10k Run for the Arts in Barrington at 7:30AM on Forth of July morning.  My Dad decided to tag along and keep us company.  He made a wonderful photographer! 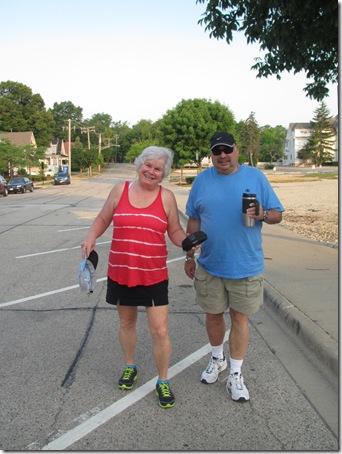 We arrived really early to pick up our packets and tshirts.  I decided to use my newer running shoes (this would be the longest distance I’ve run in them), and my Mom was sporting some bright shoes too. 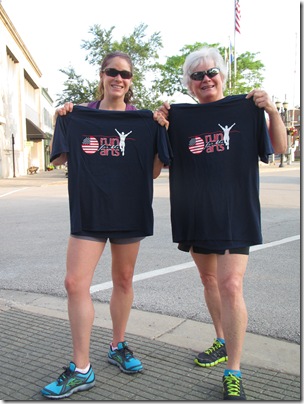 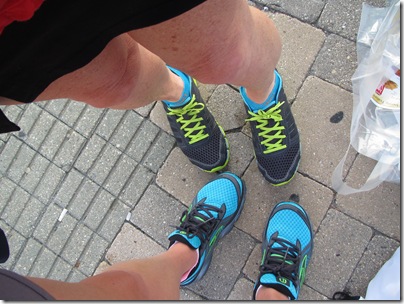 My Saturday running buddies were racing this morning as well, and we all made our way to the start line.  My thought for the race was to get in a fun run at a little faster pace than usual.  This is a REALLY hilly course and it was a HOT morning! 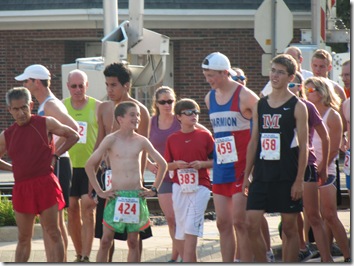 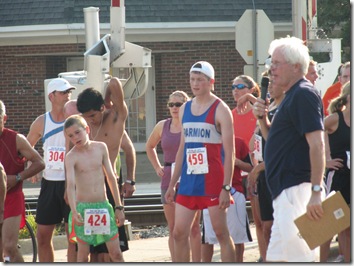 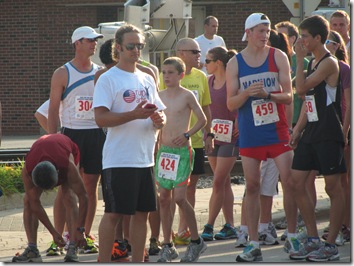 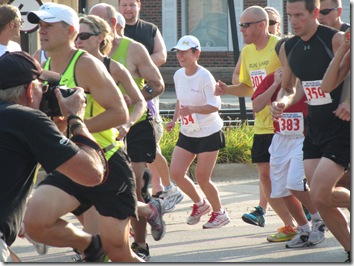 I took off towards the first of the never ending hills finding an easy stride.  Before I hit mile 1, my legs were already feeling yesterday’s 7 mile run.  But I found a steady pace and took the hills one at a time.  I used my watch for splits, but I didn’t really look at them.  I just wanted to run a comfortable pace throughout. 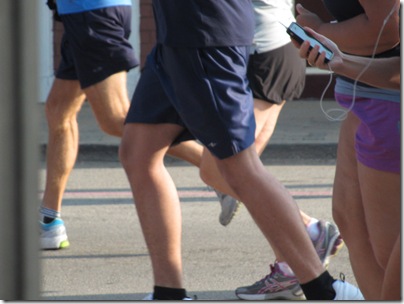 Around mile 2, the leader group was well ahead.  What surprised me was that very few of them fell back as the hills got longer and steeper.  They had trained well!  I found myself a pacing buddy (a nice man) who pushed me through some of the tougher hills.  And those hills were TOUGH, and they kept on coming.  I drank as much water as I could, and even begged a few kids to squirt me with their water guns.  As we rounded out the last mile, we caught up with some of the 5k-ers.  I didn’t see my Mom, so I knew she had run a solid race. 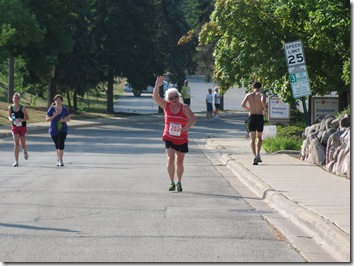 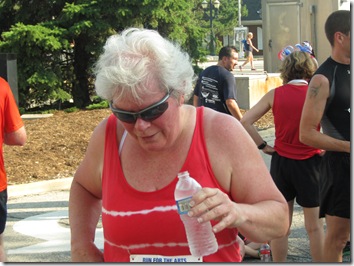 She ran the entire time, hills and all, and finished in under 45 minutes.  Just when I thought the hills were over, there was one last charge to the finish. 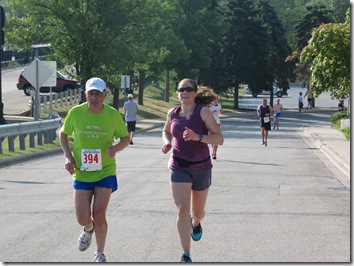 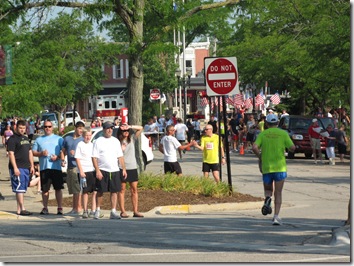 I had no idea what my time was, but I kicked it in sprinting towards the cold water and a juice box! 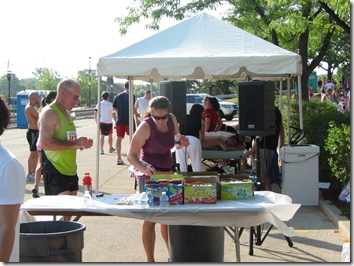 It was great to see my family cheering me across the finish line! 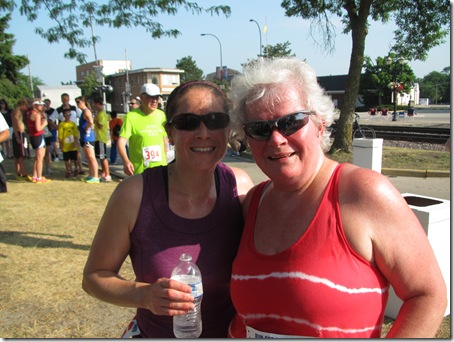 There was a nice showing for such a hot morning, maybe 300 or so.  I was a little tight and really thirsty after the run.  My shoes held up great, and I truly loved running in them.  We gathered with our friends and hung around for the awards ceremony.  The 5k was announced first and we were all impressed to see my Mom finish in the top 3 of her age group. 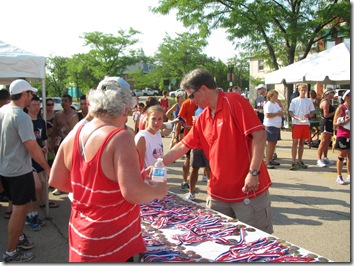 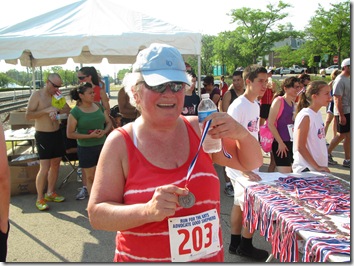 When they got around to the 10k, our group racked up a few medals.  They initially forgot my age group, but I when they finally announced it, I was super excited to see that I had finished in 3rd.  You know how I love myself a medal! 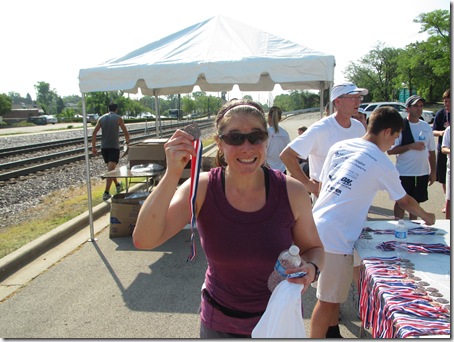 We made quite the crew! 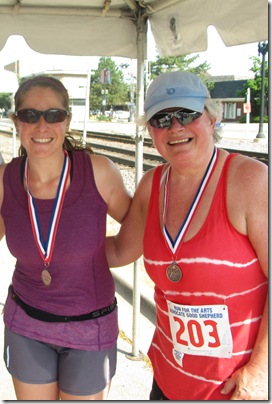 The parade crowd was just arriving as we made our way back to the car.  But we stopped for one last festive picture! 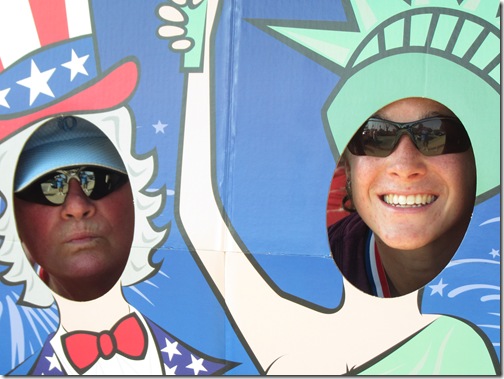 I was back home in the air conditioning before 10AM, sitting on the couch with a cold beverage, which is exactly where we should all be spending this ridiculously hot day!  But, I had a super fun morning, and I’m so happy that I ran the 10k.  We are already planning to run again next year in an attempt to beat our times (and rack up some more medals).

But before I can plan that, I need a serious nap to recharge before tonight’s White Sox game and fireworks.

How are you spending your holiday?

14 thoughts on “Hills and Heat”