I used to be a fair weather runner.  It had to be a pretty warm (and dry day) for me to get my sneakers laced up.  So it was surprising when I woke up this morning excited to go running.  The paths were still covered with snow, but they weren’t icy at all.  The weather was mild and the whole scene was beautiful!  The snow was draped over the trees up against the light sky creating a white out.  Although I don’t have good winter running shoes, my Brooks held up fine.  The only thing that derailed me from my route was a wolf/coyote-looking creature trotting along the path in front of me in broad day light.  I don’t know much about them, but I’m pretty sure they shouldn’t be so close to people and out and about during the day!  Sad news is that by the time I made it home (to get my camera), the sun had already melted away a lot of the snow so there won’t be Wordless Wednesday-Winter Wipe Out this week.  The good thing is that this seasonably warm day was perfect for walking around Michigan Ave and catching up with a friend!

In case you were worried that you weren’t going to get enough cookie recipes this season, I have some more for you.  Along with making Gingerbread cookies and more Oreo balls this weekend, I made Fat and Fluffy Snickerdoodles.  I found this recipe on How Sweet It Is, and I thought these cookies would be a nice addition to my tins of treats. 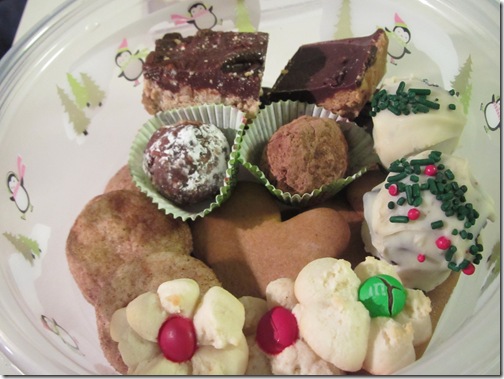 Who doesn’t love the combination of cinnamon and sugar???

The dough was simple to make using my mixer.  After 30 minutes in the refrigerator, the dough was ready to be rolled in the cinnamon and sugar mixture.

Please excuse the mess that has become my kitchen! 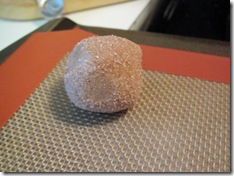 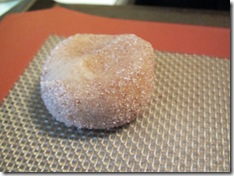 True to their name, these cookies turned out fat and fluffy!

Check out the recipe for Fat and Fluffy Snickerdoodles!

My biggest challenge of the day was keeping Miss Kitty out of trouble and away from my cookies!