Although it was a holiday, I was eager to see the marathon expo at McCormick Place downtown.  This is the biggest race I have ever run (45,000 people), and I knew the expo would be HUGE and exciting.  If the Nike Own Chicago video didn’t pump you up for the race, the expo certainly will.  I was excited with my mom said she would drive me down on Saturday afternoon.  On the way down, I tried to snap pictures of the Bank of America building, but I only got half the athletes and some blurry kids.

We parked at McCormick and followed the Pace Team to the expo. 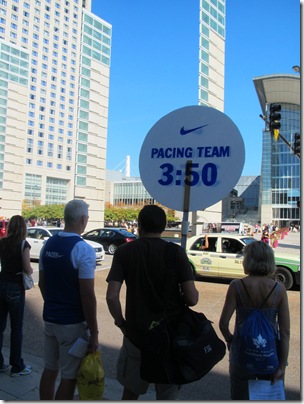 The place was alive with athletes and their families!

My mom and I were super psyched!  I couldn’t believe how many people were at the expo.  We grabbed my packet and then hit the large expo room for samples and shopping. 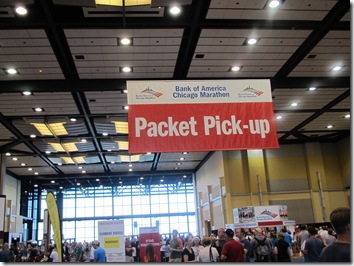 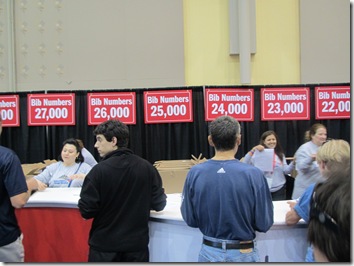 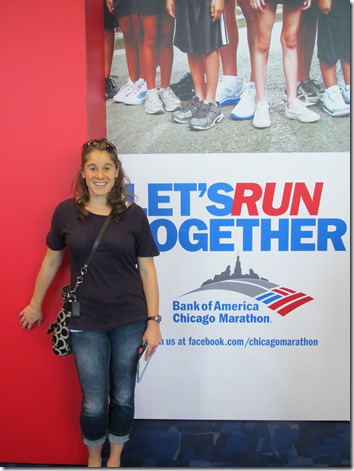 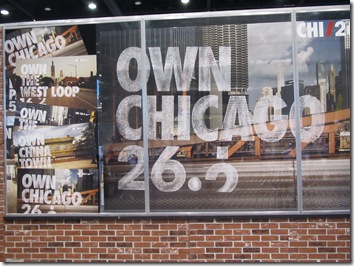 But first, we picked up my packet and official marathon gear.  I must say I was slightly bummed with the white Tshirt, but I made up for it at the massive Nike shop with two adorable long sleeve tops (pictures to come). 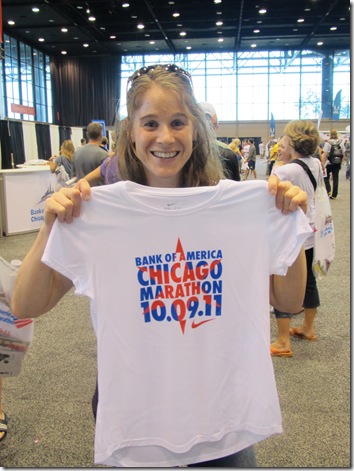 We also swung by the St. Jude Heroes booth, where we picked up some signs and this fabulous sticker that I have been wanting since February!

My mom found some amazing shoes at the Brooke’s display that she just HAD to have.  She told the guy…’you had me at patent leather’.  Tell me these aren’t FABULOUS shoes?!  She threw her old ones in the box and modeled her new shoes around the expo.  I was tempted to get a pair myself, but I am hoping to do a gait analysis before I buy new running shoes.

All in all, the expo was pretty incredible, and my mom and I had so much fun chatting with people and playing at all the booths.  We even found my name on the Nike wall.  And my brothers, which is funny because he isn’t running the race…it’s a common name!

My mom was looking for a larger map (she was having trouble with the tiny one that I found online), so I asked if I could take this one with me. LOL! 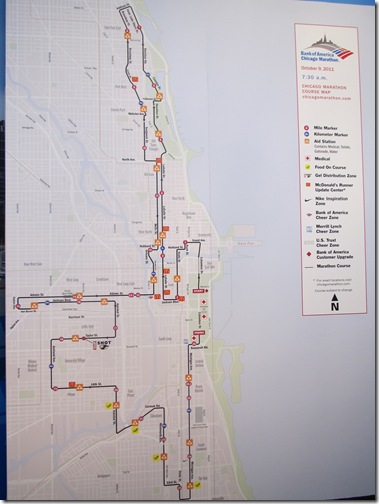 We left the expo with bags of loot, my tracking chip, and of course my Mom’s new shoes. 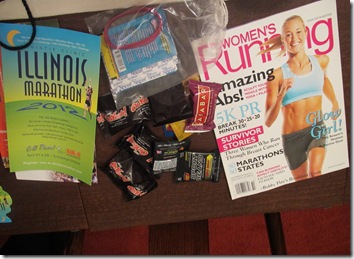 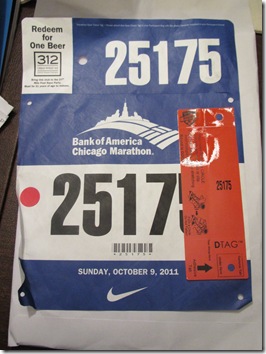 After dinner (which was pasta, some tuna, kugal, and a few other carbs), we headed home early to pack up, braid my hair, and my mom made some colorful signs so I would be able to find the family during the race. 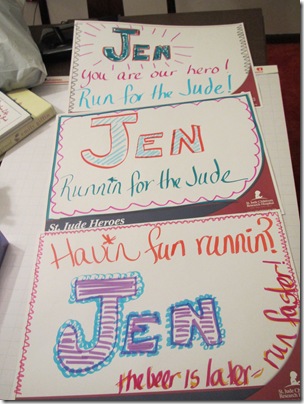 It was such an exhilarating (and exhausting) day.  I was just hoping that I would be able to fall asleep before my 4:45AM wake up call (from my mom since I have been crashing at the P’s since Thursday).  I was pumped for the race, but starting to get nervous.

Coming tomorrow…full details as I attempt to OWN CHICAGO (and all 27 neighborhoods) during my first marathon!